Hello! Welcome to Cyprus! Join us! 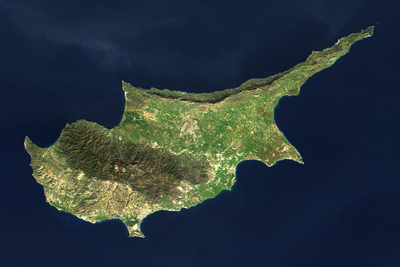 A sincere greeting which our visitors learn the moment they arrive....

Cyprus is an island of legends that enjoys almost all year-round the warm Mediterranean sun.

Its rich cultural heritage, its landscapes, lifestyle and the famous Cypriot hospitality have made Cyprus an attractive and fascinating island.

According to Mythology, Cyprus is the birthplace of the Greek goddess of love and beauty, Aphrodite. The island is both an ancient land, one of the oldest recorded in the world with eleven thousand years of history. The numerous conquerors and settlers have left their imprints on the island’s surface. Fascinating relics include Neolithic dwellings, Bronze Age and Phoenician tombs, and exquisite Roman mosaics, Venetian walls, Byzantine castles and churches, Roman monasteries and Islamic mosques. 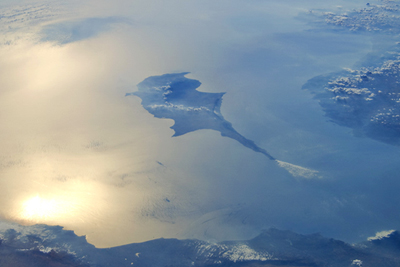 Cyprus is the third largest island in the Mediterranean Sea in the eastern-most corner. With an area of 9251 sq km, Cyprus lies at the crossroads of Europe, Africa and Asia.

The population of Cyprus is approximately 1,173,000 (2014 est.), of whom 77% are Greek Cypriots, 18% Turkish Cypriots and 5% other nationalities.
The capital, Nicosia, is situated in the heart of the island with the largest cities being Limassol, Larnaca and Paphos.
The coastal resorts of Larnaca and Paphos each operate international airports serving flights to and from both Europe and the Middle East. Larnaca is the larger of the two airports.

Official languages are Greek and Turkish. Over three quarters of the population speaks English. 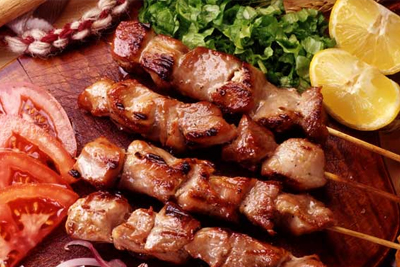 The food of Cyprus reflects its rich and turbulent history and culture. You will find tastes influenced by the Middle East, Asia Minor and the Venetians, all using fresh local ingredients, herbs and spices and olive oil. The Mediterranean diet, with its grains and pulses, sun-ripened fresh fruit and vegetables, high-protein fish, lean meat and poultry and wine is a healthy option as well as an irresistible temptation. Kopiaste is a word that you are almost certain to hear in Cyprus, it means 'join us' and is always meant sincerely.
One great way to experience a wide range of the foods that Cypriots enjoy is to visit a typical local tavern and ask for mezedes. You will receive dish after dish of different tastes, both meat and vegetable but be warned – pace yourself because the food is so good you could end up too full to go on by the time you get half way through! Cyprus is also rich in fish taverns and here you can experience yet another gastronomic delight surrounded by Cypriot families.
Pastitsio - minced meat in a rich and delicious creamy sauce, afelia – pork in a red wine sauce, are just two of the wide range of dishes you can try, and to follow perhaps preserved fruit or nuts that can be enjoyed with a Cyprus coffee, sketo, metrio or glyko, plain, medium or sweet. Halloumi cheese is one of the few cheeses that can be enjoyed grilled, fried or simply plain. The choice of food is as varied as the landscape. 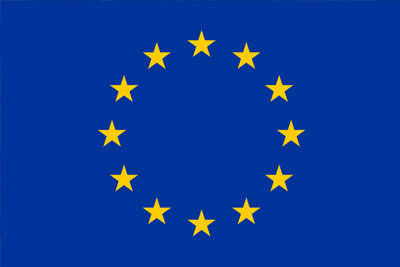 Cyprus is a young independent republic since 1960.
It is a Presidential Democratic state. The current President of the Republic is Mr. Nicos Anastasiades who was elected in February 2013 for a five-year term.
After a long journey of over three decades, the Republic of Cyprus became a full member of the EU on May 1, 2004, and like most EU member states its currency is the Euro. 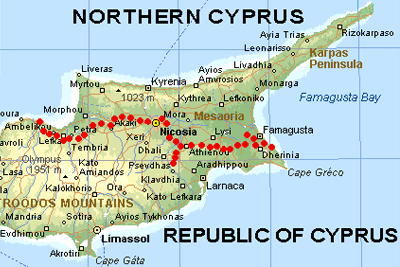 In 1974 the military junta ruling Greece at the time staged a military coup in Cyprus aiming to overthrow President Makarios. On July 20, 1974, Turkey used the coup as a pretext to invade Cyprus with massive military force. Turkey occupied 36.2% of the sovereign territory of the Republic of Cyprus and forcibly expelled from their homes about 200,000 Greek Cypriots. These displaced people, who in effect became refugees in their own country, constituted 69% of the population of the occupied areas and about one quarter of the total population of the island.
To this day, these persons are deprived of their right to return to their homes and properties. 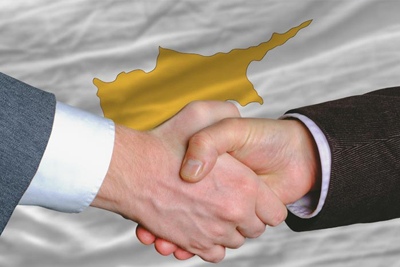 Its robust, market-driven economy supported by a stable democracy and driven by a diverse, well-educated, skilled workforce, along with an excellent telecommunications and infrastructure system and the lowest tax regime in the EU has made Cyprus in recent decades very attractive to foreign investors and offshore companies.

Important  Links
Testimonials
Had a lovely weekend, the Tavros is run by a lovely family, very friendly and accommodating, the place was lovely and clean with nice gardens, a perfect place to explore the area, two tavernas in the village, we enjoyed the stonehouse better.
Stayed July 2014, traveled as a couple
- perfect_match1
Designed & Programmed by Nile Web Design and Graphics
Copyright © 2015 - Tavros Hotel Apartments